“So, I had the weirdest dream last night” – How we evolved to dream 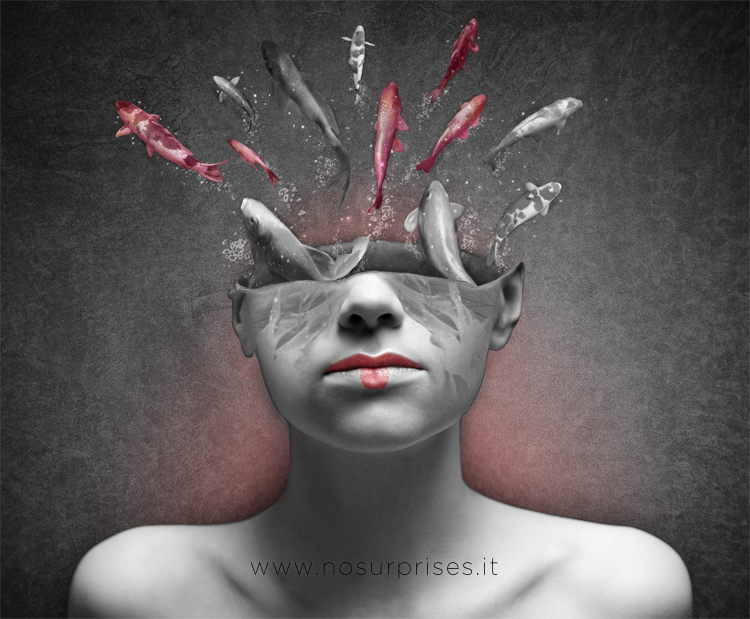 Posted by MichaelCarthy on October 17, 2014 | Featured | No Comments

How often does your partner, or colleague, or child start their morning conversation off like this? “Ooh god, I had the craziest dreams last night, wow!” When you engage and ask them about it, normally they reply with something along the lines of “Well it was just all over the place, so real, and umm well just weird!”

I hear this all too often from my clients, to my enjoyment I sit during our sessions and listen to tall tales from their weird and wonderful dreamworld. Normally after session one, I hear the likes of “I don’t know what has happened but I’ve been having some messed up dreams lately.” The general consensus, born out of the last couple of centuries, is that dreaming is a negative, that I will be tossing and turning all night, that if I dream I will wake up feeling tired, that I’ve never liked having nightmares.

As children we are conditioned to believe that nightmares are a negative experience and through verbal or non-verbal involvement by our parents we start to believe that the dreaming state is scary, very disruptive and should be avoided at all costs, just in-case we have another nightmare. The implication of horror movies and access to sensitive visuals online these days, the effects of which have not been studied, I believe can only promote this idea. Personally I remember watching Nightmare on Elm Street when I was probably too young, which made me believe that dreaming was somehow evil and that Freddie would come and get me. During our formative years we start to anticipate disrupted sleep and we over-analyse our time in bed, finding evidence in dreaming and nightmares that in fact it’s true I cannot get a good night’s sleep and something is wrong.

In a study focusing on children, researchers were able to conclude that nightmares directly correlate with the stress in the children’s lives. Children who experienced the death of family or a close friend or know someone with a chronic illness have more frequent nightmares than those who are only faced with stress from school or stress from social aspects of daily life.

Dreaming, even nightmares, are essential to humans and animals alike to progamme instinctual life and for the smooth running of our daily emotional selves. Allow me to explain.

We evolved to dream…..

We evolved to dream and the function of dreaming throughout our evolution is now understood to be much more profound than we thought. As newborns we arrive with an innate desire to learn and connect, which is made possible by our genetic blueprint, when we sleep and during REM sleep we are programming our central nervous system to carry out instinctive behaviours. Put simply, we learn when we sleep. This mechanism allows us as humans to fulfill our genetic potential as children and into adolescence.

Our real understanding has come from Joe griffin and Ivan Tyrell, the co-founders of the Human Givens College, Authors of a number of books in this area. The research they present into dreaming has finally allowed us to fully understand the meaning and importance of our dreaming world. Allowing us to move away from Freud’s interpretation “that dreams are the cesspit of the unconscious” and to finally pinpoint the meaning and importance of dreaming whist in REM sleep. I believe they have answered the question: “Why do we dream?”

They propose the Expectation Fulfillment Theory of Dreaming. I have recently had the pleasure to meet Joe, talking about his book “Human Givens” He proclaims following years of research into dreaming…

“Far from supporting Freud’s theory that dreams reflect subconscious infantile/childhood wishes, I confirmed, as I continued for several more years to collect and study dream content, that anything emotionally arousing, even a television programme, can become the subject matter of the dreams if the arousal pattern is not completed – acted out – in the daytime”

This rat scenario helps to explain more: A rat is exploring a maze, the rat may be anticipating the possibility of danger around every corner. Every corner could be that fall to certain death. In dream form that night, the rat will explore the maze again, but this time actually see the anticipated danger realised. This completes the activated circuit (high emotional arousal) and switches it off, allowing the original memory trace to be consolidated and recalled without interference. The rat will retain the learning about the maze but let go of the emotional arousal from the previous day. This enables the rat to start with a clean emotional state, to search the maze with the retained learnings from the day before and without the fear of danger.

It’s evident and when explained somewhat obvious now, thanks to Joe and Ivan’s research that dreaming is nature’s solution to the problem that, once an emotional pattern is activated, usually the only way to deactivate it is by carrying it out, which clearly does not give animals the flexibility they need to survive. Animals needed to evolve the ability to inhibit, when necessary, arousal such as anger or sexual urges, and deactivate them later, in a different way. Otherwise the arousal is unhealthily retained in the nervous system. That is why we evolved to dream. That dreaming occurs in REM sleep can now be seen as nature’s version of the flushed toilet, unwanted emotional arousal from that day is washed clean away.

There are huge and far reaching implications when considering this research for anyone suffering with depression or people suffering with acute anxiety. During a depressive state, the ongoing emotional arousal experienced each day can be so substantial that the REM state is highjacked, required regenerative slow wave sleep is bypassed and the person wakes up still feeling tired and low. Finding a solution for my clients who present with this issue is key, looking at the root cause, what is happening to create this heightened emotional arousal each day. Allowing them to achieve good quality sleep and satisfy all their human needs is the key to a healthy life and mind.

Time to embrace your dreamworld….

From the ancient Greeks, the native American Indians, to the early philosophers of our time and today the pockets of indigenous tribes people around the globe the dream world was and continues to be revered and explored, examined and understood as a somewhat powerful state of being. Over the last couple of centuries we have lost track of that idea, to the point we are now, which is to misunderstand the relevance of dreaming and the importance of embracing this state.

For the ones who have simply been conditioned to think dreaming can be negative or that it’s an ominous prophecy for the future to fixate or worry about. It’s time to embrace the weird, the wonderful, the uber-surreal, the anxiety releasing nature of your dreamworld for what it is, whether for you it’s a David Lynch short-movie or a Dali painting that wants to chase you around a maze until your metaphorical end, dreaming is good!

Through this new understanding we can see that releasing fearful or anxious expectations from the previous 24 hours in the safety and comfort of our own right brain via metaphors and surreal analogies is not only critical to a healthy mind but can be explored and enjoyed and celebrated.

Next time you dream intensely, wake up and proclaim, “Wow, I have had the best, crazy, scary dream last night, I mean it was just messed up. My mind is doing what it has learned to do over 200,000 years of evolution, to let me just be me. Today will be a good day.”